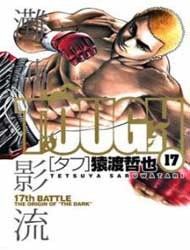 Alternative: TOUGH－タフ－
Author(s):SARUWATARI Tetsuya
Genre(s): Action, Manga, Tragedy, Martial Arts, Seinen, Sports
Views: 336.242 view
Bookmark Remove Bookmark
Latest Chapter First Chapter List Chapter
Description:
This is a mixed martial arts fighting manga about the Miyazawa school of martial arts. Initially, it is about Kiichi trying to heal his father after he was nearly killed by his brother Kiryu. But then it goes on to be less about that as his father recovers and some tournament style fighting begins. At that point various apparently overwhelming opponents will encounter Kiichi on his way to the top. The objectives of the various characters start to play a more and more important role, as well as the different philosophical projections of several martial arts and disciplines. (Somewhat maybe like a modern day Samurai story.)